International trade is the exchange of capital, goods, and services across international borders or territories. In most countries, such trade represents a significant share of gross domestic product (GDP). While international trade has been present throughout much of history, it’s economic, social, and political importance has been on the rise in recent centuries.

This composite visual gives an overview of India’s Trade Relation with different countries for 2012-13 in a single frame. The map shows the top 10 participating countries for India’s import and export through proportional symbology. The bar graph shows the same for top 40 counties, ordered by total export in US $ Million, which helps in identifying the trade balance with foreign countries. The share of major commodity/ items has been depicted in tabular format. 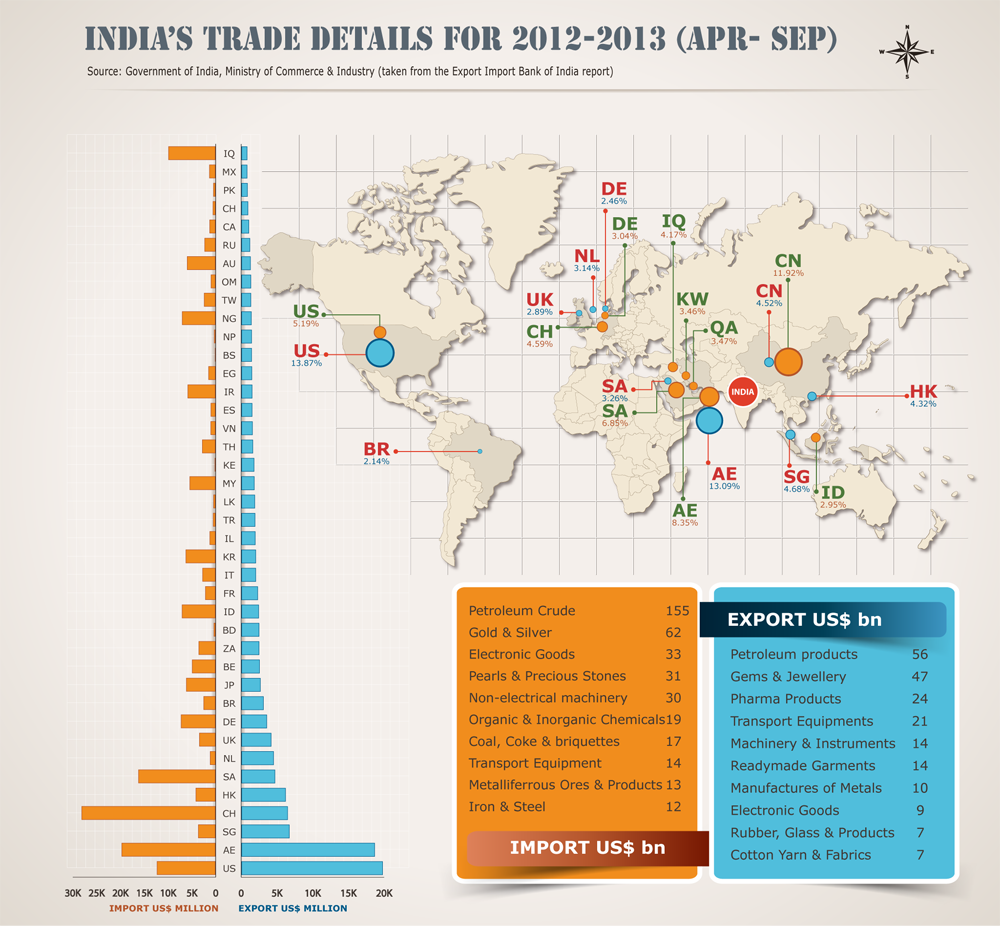