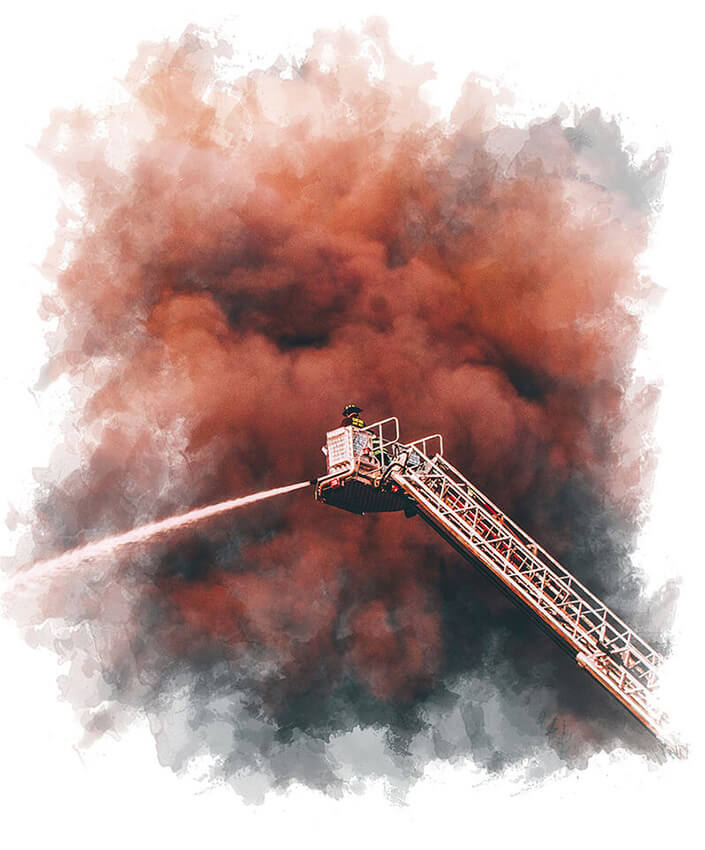 An "aviation accident" is defined by the Convention on International Civil Aviation Annex 13 as an occurrence associated with the operation of an aircraft, which takes place between the time any person boards the aircraft with the intention of flight until all such persons have disembarked, where a person is fatally or seriously injured, the aircraft sustains damage or structural failure or the aircraft is missing or is completely inaccessible. If the aircraft is destroyed or severely damaged so that it must be written off, it is further defined as a hull loss accident.

On March 27, 1977, two Boeing 747 passenger jets collided on the runway at Los Rodeos Airport (now Tenerife North Airport), on the Spanish island of Tenerife, Canary Islands. The crash killed 583 people, making it the deadliest accident in aviation history. As a result of the complex interaction of organizational influences, environmental conditions, and unsafe acts leading up to this aircraft mishap, the disaster at Tenerife has served as a textbook example for reviewing the processes and frameworks used in aviation mishap investigations and accident prevention.

The Charkhi Dadri mid-air collision occurred on 12 November 1996 over the village of Charkhi Dadri, to the west of New Delhi, India. The aircraft involved were a Saudi Arabian Airlines Boeing 747-100B en route from Delhi to Dhahran, Saudi Arabia, and a Kazakhstan Airlines Ilyushin Il-76 en route from Chimkent, Kazakhstan, to Delhi. The crash killed all 349 people on board both planes, making it the world's deadliest mid-air collision, the deadliest aviation accident to occur in India, and the third-deadliest aircraft accident in the history of aviation.

Turkish Airlines Flight 981 was a regularly scheduled flight from Istanbul Yesilköy Airport to London Heathrow Airport with an intermediate stop in Paris at Orly Airport. On 3 March 1974 the McDonnell Douglas DC-10 operating the flight crashed into the Ermenonville forest outside Paris, killing all 346 people on board. At the time, it was the deadliest plane crash in aviation history. It still remains the fourth-deadliest plane crash in aviation history, the second deadliest with no survivors, and the deadliest single-plane crash with no survivors, and the second worst aviation accident in Europe.

5. The first bombing in aviation history

Air India Flight 182 was an Air India flight operating on the Vancouver–Toronto–Montreal–London–Delhi route. On 23 June 1985, the Boeing 747-237B serving the flight (c/n 21473/330, registration VT-EFO, 'Emperor Kanishka') was destroyed by a bomb at an altitude of 31,000 feet (9,400 m). It crashed into the Atlantic Ocean while in Irish airspace. It was the first bombing of a 747 jumbo jet. A total of 329 people were killed, including 268 Canadian citizens, 27 British citizens and 24 Indian citizens. The incident was the largest mass murder in Canadian history. It was the deadliest terrorist attack involving an airplane until the September 11, 2001, attacks. It is also the deadliest aircraft bombing. The bombing of Air India 182 occurred at the same time as the Narita Airport bombing. Investigators believe that the two plots were linked, and that those responsible were aiming for a double bombing. However, the bomb at Narita exploded before it could be loaded onto the plane.

6. The deadliest aviation disaster that did not involve a crash on impact or mid-flight break-up

Saudia Flight 163 was a scheduled Saudia passenger flight which caught fire after takeoff from Riyadh International Airport (now the Riyadh Air Base) en route to Jeddah, Saudi Arabia on 19 August 1980. All 287 passengers and 14 crew on board the Lockheed L-1011-200 TriStar (registration HZ-AHK) died from smoke inhalation after the aircraft made a successful emergency landing at Riyadh. At the time, the accident was the second-deadliest single-aircraft disaster in history, after Turkish Airlines Flight 981. It is the sixth-deadliest aircraft disaster overall.

7. The most fatal airliner shootdown

Malaysia Airlines Flight 17 (MH17/MAS17) was a scheduled passenger flight from Amsterdam to Kuala Lumpur that was shot down on 17 July 2014 while flying over eastern Ukraine, killing all 283 passengers and 15 crew on board. Contact with the aircraft, a Boeing 777-200ER, was lost about 50 km (31 mi) from the Ukraine–Russia border and wreckage of the aircraft landed near Torez in Donetsk Oblast, Ukraine, 40 km (25 mi) from the border. The crash occurred in an area controlled by the Donbass People's Militia during the Battle in Shakhtarsk Raion, part of the ongoing war in Donbass. The crash is the deadliest airliner shootdown, and was Malaysia Airlines' second aircraft loss during 2014 after Flight 370 on March 8.

8. Aircraft shootdown mistakenly by the US Navy

Iran Air Flight 655 was an Iran Air passenger flight from Tehran to Dubai. On 3 July 1988, the aircraft operating on this route was shot down by the United States Navy guided missile cruiser USS Vincennes under the command of William C. Rogers III. The incident took place in Iranian airspace, over Iran's territorial waters in the Persian Gulf, and on the flight's usual flight path. The aircraft, an Airbus A300 B2-203, was destroyed by SM-2MR surface-to-air missiles fired from Vincennes. All 290 people on board died. The cruiser Vincennes had entered Iranian territorial waters after one of its helicopters drew warning fire from Iranian speedboats operating within Iranian territorial limits. According to the United States government, the crew incorrectly identified the Iranian Airbus A300 as an attacking F-14A Tomcat fighter, a plane made in the United States and operated at that time by only two forces worldwide, the United States Navy and the Islamic Republic of Iran Air Force. While the Iranian F-14s had been supplied by manufacturer Grumman in an air-to-air configuration only in the 1970s, the crew of Vincennes had been briefed when entering the region that the Iranian F-14s carried unguided bombs as well as Maverick missiles and unguided rockets. The Vincennes crew made ten attempts to contact the crew of the flight on military and civilian radio frequencies, but received no response. The International Civil Aviation Organization said that the flight crew should have been monitoring the civilian frequency. In 1996, the United States and Iran reached a settlement at the International Court of Justice which included the statement '...the United States recognized the aerial incident of 3 July 1988 as a terrible human tragedy and expressed deep regret over the loss of lives caused by the incident...'. As part of the settlement, the United States did not admit legal liability or formally apologize to Iran but agreed to pay on an ex gratia basis US$61.8 million, amounting to $213,103.45 per passenger, in compensation to the families of the Iranian victims.

The 2003 Iran Ilyushin Il-76 crash occurred on 19 February 2003, when an Ilyushin Il-76 crashed in mountainous terrain near Kerman in Iran. The Aerospace Force of the Army of the Guardians of the Islamic Revolution aircraft, registration 15-2280, was flying from Zahedan to Kerman when it crashed 35 kilometers (22 mi) southeast of Kerman. The aircraft was carrying members of the Islamic Revolutionary Guard, a special force that is independent from the Iranian Army, on an unknown mission.

10. The deadliest aviation accident in US

American Airlines Flight 191 was a regularly scheduled passenger flight operated by American Airlines from O'Hare International Airport in Chicago to Los Angeles International Airport. A McDonnell Douglas DC-10-10 used for this flight on May 25, 1979, crashed moments after takeoff from Chicago. All 258 passengers and 13 crew on board were killed, along with two people on the ground. It is the deadliest aviation accident to have occurred in the United States.