This is a multi variate map that shows the final judgments of guilty in criminal cases, where the punishment was either capital punishment (or the death penalty), or Life Imprisonment and the execution of Capital Punishment in India during 2001 - 2012.

The number of capital punishment awarded per state is shown using proportional symbols, while number of sentence commuted to death per state is shown using sequential fill color. There were 2 death penalty execution in India during this time period. Uttar Pradesh is the leading state in terms of the total number of capital punishment awarded, followed by Bihar, Maharashtra and Tamil Nadu. The national capital of India, Delhi has almost 2500 cases where life imprisonment was awarded, more than the total of the same for the rest of India. 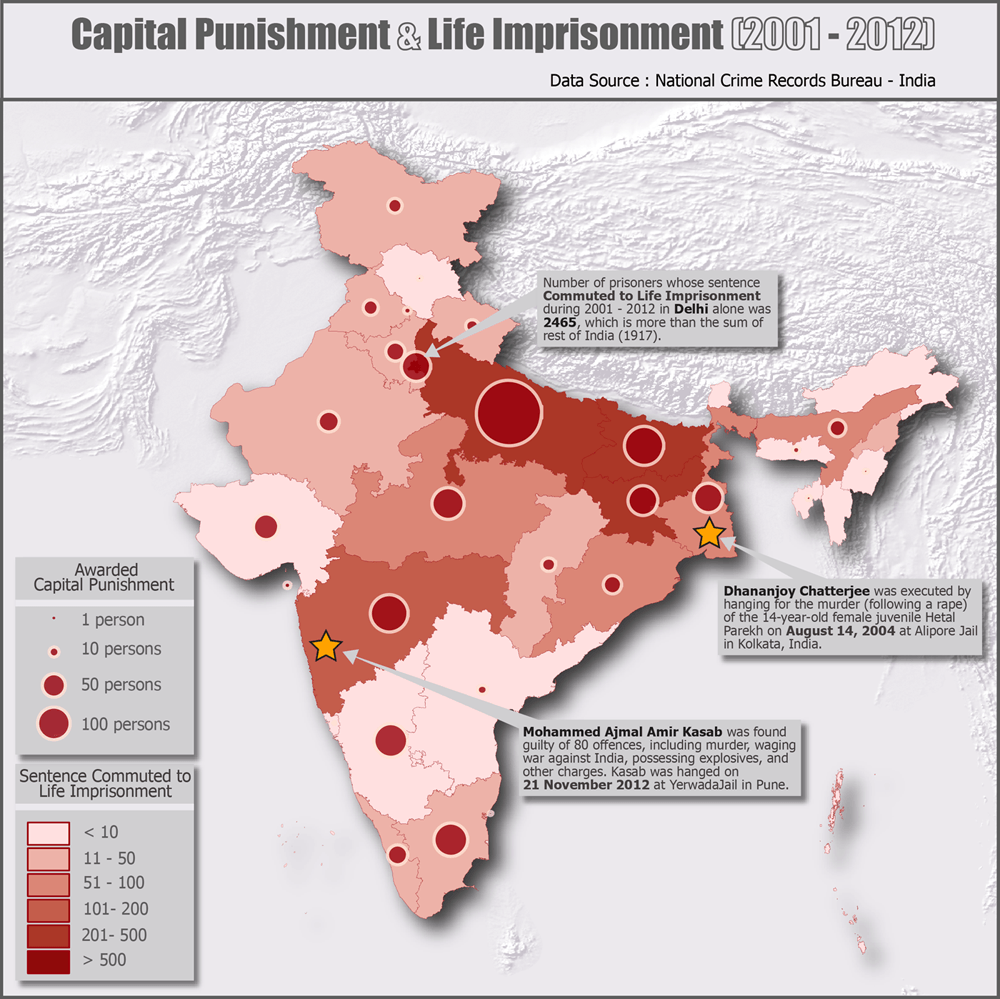