This visual exhibits 5 major zones, which are further subdivided to a total of 20. The demarcation of the various zones has been depicted through careful variation in colour intensity. The variation in ocean colour based on bathymetry makes the map more visually pleasing. 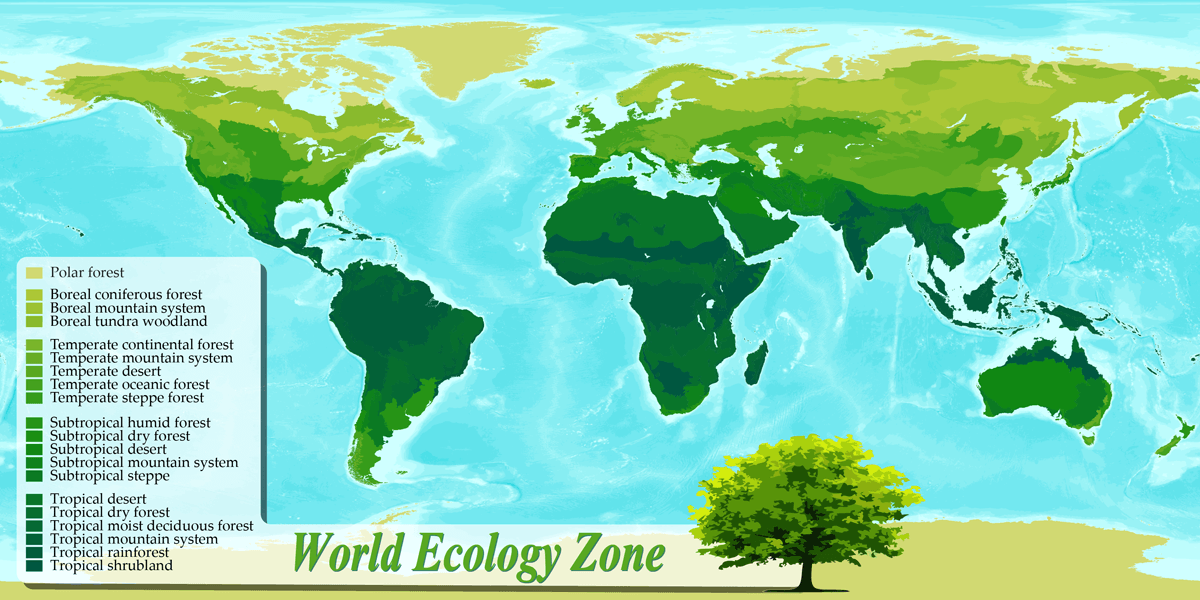